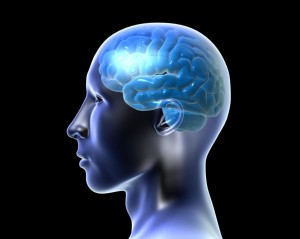 Neuroplasticity is a property of the human brain, implying the possibility of changing the structure of the brain under the influence of factors external and internal environment, as well as the ability to restore lost neuronal connections after damage.
Evolution and brain growth continues in adulthood. The phenomenon of neuroplasticity allows to optimize the time and energy expended for implementation of reflex responses, constantly creating new neural connections, forming the “beaten path” for certain tasks of the nervous system. This property of the nervous system allows the brain after severe damage of the nervous system to rebuild the connection of neurons with the restoration of the functional abilities of the organism even without the restoration of lost neurons. Also when performing a certain activity, the brain is rearranged to facilitate this. So the brain of the golfer to be anatomically and histologically different from the chess player. The younger the person, the better neuroplasticity is manifested, but in adulthood it can occur.
Examples from real observations of doctors and scientists:
Michael Merzenich, studying the neural activity of monkeys, found that if you teach a monkey to pay attention to tactile stimuli is the development of the brain in areas involved in the assessment of tactile stimuli.
It was found that London taxi drivers the hippocampus is more developed than in other people. The hippocampus is associated with spatial orientation and navigation. Due to the fact that the cab drivers were required to learn new routes, their hippocampus developed in proportion to the amount of training.
As neuro scientists have discovered the ability through meditation to change the excitation of the different areas of the brain, and the repetition of this procedure is to further restructuring of neuronal connections and change the structure of the brain.
The results of these studies changed the approach to rehabilitation at pathology of the nervous system.
After ischemic stroke without recovery of the victims of brain neurons, that means that they workout motivation and focused attention of the reserve cells can rebuild the relationship and to assume the functions of the dead cells to compensate for neurological deficits after stroke. Doctors were also the case in children after surgery for medical reasons with the removal of a single hemisphere of the second brain took over the functions of the two hemispheres and the limbs, controlled by a remote hemisphere had only a slight paresis without serious movement disorders.
Conclusion of findings: the ability of the brain to neuroplasticity can be used in rehabilitation by developing and improving new methods of neuro rehabilitation improved quality of life for the patient, which gives hope for recovery even in case of serious catastrophes of the nervous system that are not associated with genetic program.

« Classification of pain
First aid to victims in extreme situations »