Osteopathy is an alternative medicine direction that emerged in the U.S. in the XIX century,  emphasizing on finding  health rather than treatment of disease, and  giving the possibility for reserve power of health to open 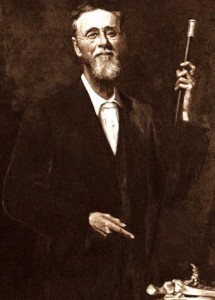 Osteopathy – a science based on the use of soft tissue physiological techniques developed Surgeon Andrew Taylor Still in 1882 Kriksvile (Missouri. U.S.). In recognition of her contribution to put even Mark Twain. A number of football teams are available to full-time osteopath and even in one Hollywood film mentions the prestige of the profession.

Osteopathy in the United States and Canada recognized and equalized in the authority with Western medicine (allopathy), is covered by insurance medicine, osteopathy also has a special status in the UK, France and Australia and is also covered by insurance medicine. Osteopaths in the U.S.A. may designate additional studies, prescribe and perform the role of family physicians, and after passing additional rizedentury – can practice allopathy subspecialties (neurology, orthopedics, rheumatology, cardiology, surgery, etc.)

Osteopathy is divided into structural, visceral and cranial.

Each of these sections is subdivided into many subcategories. The techniques and concepts of these sections can organically and harmoniously combine within a single session, and can be used with an emphasis individually.

How long is a session?

The  osteopathic session continues from 20 minutes to 1 hour 30 minutes (40-60 minutes on average ). The required amount – from 3 to 7 sessions, and (in some cases and a greater number of sessions), which are carried once in 2-3 weeks (subacute and chronic cases), or 2-3 times a week (in severe cases). If necessary, the treatment  is repeated a month later, and further for prevention  the health every 3-6 months. Most therapeutic effect does not end with the actual session, but continues throughout the week after the session as the nervous system adjusts to the changing states in biokinematics system.

The undoubted benefits of osteopathy should be: safe and painless treatment, precluding the progress of complications. Conducting osteopathic treatment can help to avoid surgery, replaces or reduces medication and also is compatible with other treatments. Osteopathic treatment is very effective treatment for pain syndromes, which allows to obtain the maximum therapeutic effect with minimum side effects.

Our thoughts create us, we become what we think. If the mind is clear, the joy will be our constant companion. (Buddha Shakyamuni) 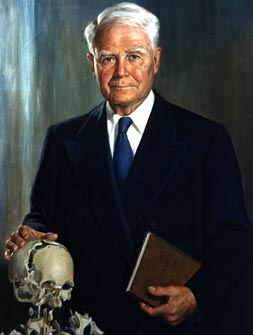 Diagnosis and treatment in the osteopathy are provided by a physician hands. The foundation of osteopathy is based on knowledge of anatomy, physiology, and high sensitivity of the hands of an osteopath. Basically osteopathy sees the body as the whole and life as a movement. Osteopaths say that structure and function determine each other. If there is a problem in some parts of a structure, then this part of a body, and possibly in other areas may be disturbed, if the function is not optimal it can affect the structure and change it. One of the rules of osteopathy says – think globally, but act locally. Also, the rule of osteopathy arteries – where there is a block (restritskiya), where the blood supply is deteriorating and there is a pathological process, if the area of the body to release (unlock), then restore the blood supply to return health to the region of the body.

The initial cause is often located far away from the pain location. Since there are no ideal conditions of existence it is impossible to bring a human to imaginary ideal norm. The purpose of the osteopath, relying on the “wisdom” of a patient’s body and its reserve capacity, to help him to adapt to the conditions. It is also important to understand the interdependence of internal and external environment. Any disease begins with functional disorders in the body, which for years may not be “confessed” by our consciousness. Such collecting disturbances further lead to organic changes.

Osteopathy with due diligence refers to the inherent self-healing ability of the body. Many of osteopathic techniques aimed at reducing or eliminating obstacles to proper structure and function, so that self-healing mechanism help patient to return his health.

In 1892, Dr. Andrew Taylor Still founded the world’s first osteopathic school in Kirksville, Missouri. Since 60-70s of the XX century  in all U.S. states osteopathy is  recognized  on an equal basis with traditional Western medicine and doctors of osteopathy have equal rights and powers with the doctors of allopathic medicine  (have the right to order additional methods of examination, write prescriptions and can function as family doctors.) 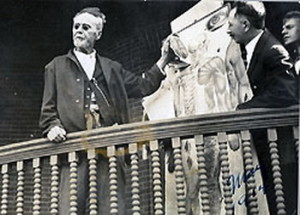 Andrew Taylor Still was born in Lee County, Virginia in 1828, the son of a Methodist priest and doctor. At an early age decided to follow his father and become a doctor. After teaching medicine and training under the guidance of his father, Andrew participated in the Civil War as a medic, and later claimed that acted “essentially as a surgeon.” After the Civil War and the death of his three children from meningitis in 1841, he disappointed of that tome orthodox medicine, and in some cases he consider it harmful. The next 30 years of his life Andrew devoted to the study of the human body and the search for alternative ways to treat disease. During this period (1870) he took a short course of medicine in the medical and surgical college in Kansas City, Missouri. In 1885, osteopathy receive an official recognition in the town of Kingsville. Having a  huge number of patients  Still  opened the first school of osteopathy Still (ASO) (1892) and the osteopathic hospital. 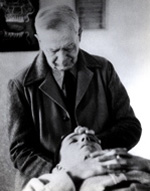 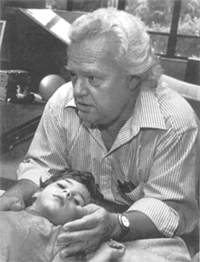 In 1957. The American Osteopathic Association (AOA) is recognized  as a certification authority in the field of osteopathic education by U.S. Department of Health, Education, and Welfare (HEW).     In the United States osteopathic board of doctors implements the mechanism of certification of  doctors of medicine (MD), doctors of osteopathy (DO) according to level of proficiency in osteopathic manipulative medicine. This process requires additional training for conventional doctors who have not previously studied in osteopathic schools. In 1957 by the efforts of the French massage therapist Eugene Pol, the first school of osteopathy opened in France. Viola Friman, Harold Megun – Sutherland’s students, in 1964 began teaching cranial osteopathy in France at the state level. In the 60-s osteopathic school in France, Belgium, Austria, Spain, the Netherlands and Germany grew fast. Later, osteopathic schools and associations emerged in Australia and New Zealand. Australians have synthesized their own school based on U.S. and European developments. Osteopathy has an official state recognition in such European countries like Britain, France and Belgium. 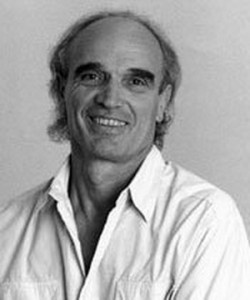 Jean-Pierre Barral has considerably developed and deepened visceral osteopathy in the world. At the beginning JP Barral taught in osteopathic university in Paris and later joined John Aplejer and founded his institute visceral therapy in the U.S., where he made available to study Craniosacral therapy except osteopathy, doctors also allopathic medicine hiroprakteram-miksteram, physiotherapists, rehabilitation.

In Ukraine, osteopathy makes only the first steps…

Status in the world

In the UK, osteopathy existed since the beginning of the 20th century, since 1993, been recognized at the state level and approved as a separate specialty along with doctors, dentists and fizioterapetami. In the UK there are a number of osteopathic schools and colleges or 2 approach to learning oteopatii: 1) European project followers of Martin Little John – teaching people without any medical or physical therapy education program for 3-4 years (Bachelor of Osteopathy) or 5.5 years (Master osteopathy), training of doctors and physiotherapists period of 2-3 years; 2) American project osteopathy – training of doctors of osteopathy on the program for about 2 years with additional training in the basics neyroortopedii for combining different therapeutic approaches. Experts are not doctors of osteopathy after graduation in the UK called bachelors or osteopathy, or Master (depending on the timing of training), doctors can only be called doctors. A similar system of osteopathic education and from the existence in Germany but different status of osteopathy (teaching students without medical education for 4 years, teaching doctors about 1.5 years). In France, osteopathy received official status in 2007, and the diploma of the French school of osteopathy is recognized in France, Belgium and Germany. In most European countries, where the practice of osteopathy, osteopaths predominantly is not doctors, and they are physiotherapists and often practiced by licensed physical therapist. In Austria, there is a separate specialty osteopath, osteopathy but permitted as a method of treatment and there is Austrian Osteopathic Association, uniting medical doctors and physical therapists, students and practicing osteopathy in their specialties. In various European countries osteopathy is practiced as a method of treatment, but not all, recognized as a separate specialty.

In Russia, there are several private schools at osteopathic medical school on the French and British models of education. Official osteopath specializing on Russian territory, but there are specialty physician manual therapist and osteopath office (under the legislation of the Russian fediratsii any doctor chiropractor last osteopathic courses). In some Russian schools teach only osteopathic physicians, and in some schools and train doctors and specialists with secondary medical education (nurses and paramedics). In Russia, there are just as osteopathic registers at private osteopathic schools and three organizations obedinyayuschie in its Register of Osteopaths of various Russian schools (Russian Osteopathic Association, osteopathic Russian Register, One National Register of Osteopaths), which are not legally binding, but show full osteopathic education in a particular school on the European program.

In Ukraine, osteopathy infancy and on the verge of creating their own school … In Ukraine, there is no separate legislation on specialty osteopath and a chiropractor, but the method of manual therapy and its different areas permitted and approved for use under the Rehabilitation and Alternative Medicine, after passing to appropriate courses neurologist, orthopedist trauma, neurosurgery, rheumatology, physicians, rehabilitation and sports medicine with a course Rehabilitation physicians or any other specialty, passed an additional 5-month specialization in traditional and alternative medicine. Osteopathic diplomas of other countries in Ukraine have no legal force and a specialist in the field of osteopathy will operate under the license of the specialty doctor or physiotherapist. Ukraine holds regular seminars with the participation of osteopathic American and European teachers of osteopathy, and is organized by the Association of Osteopathic Ukraine uniting physicians who received manual therapy courses or specialization in traditional and alternative medicine with the basics of manual medicine, and continues to actively learn from the American and European teachers of osteopathy.