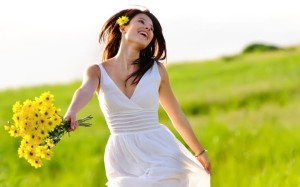 Serotonin is often called the hormone of happiness, although actually it is a neurotransmitter in the brain which is produced in the pineal gland of man from the essential amino acid tryptophan. It supports transmission of signals from one part of the brain to another. As hormone serotonin acts when injected into the blood. It is associated with psychological and physical activity: mood, appetite, libido. Why they call it the hormone of mood, pleasure, happiness.
The main part of serotonin is concentrated in the gut. The hormone plays an important role in the regulation of motility and secretion of the gastrointestinal tract. So, when dysbacteriosis and many other diseases of the colon production of serotonin by the intestine is significantly reduced.
It should also be noted that reducing serotonin levels increases the sensitivity of the pain system of the body, even the weakest perceptible irritation causes pain.
One of the reasons for lowering the level of serotonin may be a lack of tryptophan. Of this amino acid is serotonin. The more notes this deficiency, the greater the likelihood of depression in humans. But has not been fully elucidated, or by the lack of serotonin causes depression, or depression itself is the cause of the decrease of serotonin.
a Signs of low serotonin levels are:
pessimism, bad mood, vulnerability, sadness, apathy, lack of energy, lack of interest in life, insomnia, fatigue.

the How to raise the level of this hormone?
-First of all to pay tribute to the sport. It was not conducted one study examining the relationship of training and their impact on mood. It turned out that this is a very effective way to normalize hormone levels.
-Also, on the hormone levels are influenced by sunlight. Accordingly, the more – the better our mood. That’s why in the cold season, when there is a lack of sun, people are more likely to experience depression.
-Hormone levels may be affected by some foods. Tryptophan rich bananas, dates, plums and figs. Contains milk and dark chocolate. Such food contributes to the biological synthesis of serotonin. Along with tryptophan to increase serotonin levels can help other substances of protein nature, contained in vegetable oils and nuts, sea fish.
-In addition to these natural ways of raising hormone levels, it should also be noted liking what you do. It could be painting, reading, cooking all sorts of Goodies, dancing, singing and so on. All that will bring you positive emotions, distract you from negative thoughts and change your perception that will certainly restore the decreased levels of the hormone.
-And of course to adjust the level of serotonin is possible drug medications. If you find it difficult to cope with depressed mood, you should see a specialist, who will prescribe either medication antidepressant or offer alternative therapies.
Source:www.joinus.pro

« The basic set of exercises “Ten-minutes”
Presquevu – a phenomenon that everyone experiences. »