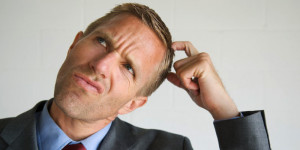 Presque vu (“almost seen”), or the so called “tip of the tongue” effect, which is expressed in the inability to recall any familiar word, while the memory POPs up some information about the forgotten word. As long as we try to remember, there is a feeling that it will be found now and played, but, nevertheless, the word does not remember. It is sometimes painful and even haunting.
In childhood this effect happens rarely and quickens as they grow older.
An unambiguous explanation for this phenomenon, but there are a few assumptions:
1. The blocking information. This means that if you think of another word before that, which had to reproduce, then one blocks the extraction from the memory of the other.
2. In old age the reason is the reduced efficiency of retrieving information from memory, as well as a large amount of information, which may lead to difficulties in finding the right words.
3. Forgetting is associated with the phonological feature of the right words, which has a lower activation than the other words similar in meaning and sound.

« Serotonin. Its role in the body
Torakalgiya – chest pain »