With the development of neuroscience increased interest in studying the effects of meditation on the human brain and its mental processes. 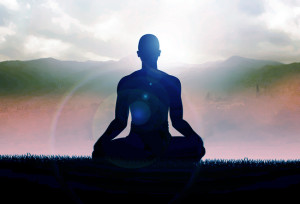 In studies conducted neuroscientists Amish Jha, Britta Hёlzel and Sara Lazar at the Department of Psychiatry at the “General Hospital” of Massachusetts, as well as in Boston with the help of MRI and functional MRI revealed that meditation classes about 8 weeks (increased attentiveness and relaxed concentration attention and the development of compassion) changes the structure of the centers of the brain that are associated with learning, attention and emotional sphere (like the athlete who trains and changes the structure of muscles and your body adapt to stress). Practitioners of meditation there was increased activity of the prefrontal cortex (associated with kongnetivnymi functions, memory and abstract thinking), Predna cingulate gyrus (associated with switching attention) and islet Reil (associated with the integration of sensations and emotions, empathy and expression of love) . It was also revealed reduced activity in the amygdala of the brain (the amygdala is associated with the experience of anxiety and fear affect the autonomic nervous system).

An interesting fact is that people, for a long time practicing meditation, the state of the cerebral cortex in old age was like that of the young people are not engaged in meditation ( no signs of age-related degenerative changes), from which it follows that the age of the brain has less effect on its structure than a way of life and thinking of the man himself.
Also in the course of research it was noted that in a group whose members were engaged in meditation, concentration in the test tasks were more focused and, if necessary, manage better at switching attention than in the control group, whose members were not engaged in meditation.
Similar findings meditation received Canadian and French scientists in neuroscience.
Scientists at the University of California at San Francisco found degeneration of the hippocampus relationship to chronic stress (ie, chronic stress or depression, accelerated aging of the brain).

In the United States conducted a study (published in the Proceedings of the National Academy of Sciences USA, Lutz) group of experienced practitioners of Tibetan Buddhist meditation. The control group was formed of students. The experiment consisted in the study of meditation on compassion. The result of the study revealed a difference in EEG practitioners of Tibetan meditation and the control group before the study and at the time of meditation, which is not associated with age-related differences or other factors. The intensity and coherence of the gamma rhythm in the range of 25 – 40 Hz at the meditators were significantly higher than the control group students. Higher intensity and coherence of the gamma rhythm in experienced meditators at rest interpreted by scientists as a result of regular practice of meditation.

The University of Ohio was conducted ekspiriment Dawson Church, whose goal was to establish a link tissue regeneration to the mental state of the person. The study was performed on couples of which formed two groups. Subjects made smallest burns on the forearms. One group was asked to speak on neutral topics, and the other group was asked to discuss the negative subject. As a result, couples discussing neutral topics, healing of burns was 40% better than that of the group, discussing negative issues. This phenomenon is explained by the influence of the brain on the human hormonal system, which in turn affects the formation of proteins and processes of anabolism and catabolism.

Harvard professor Herbert Benson in 1981 and 2000. He conducted research on Tibetan monks practicing yoga meditation practice tummo. Gerbent Benson found that Tibetan monks through meditation can increase the temperature of the peripheral parts of the body (fingers and toes) for more than eight degrees Celsius.
Professor Maria Kozhevnikova with researchers from the National University of Singapore also conducted a study on the practice of meditation tummo. The study took place in the winter in the Himalayas at a temperature of -25 degrees Celsius. As a result, it was recorded an increase in body temperature of Tibetan nuns to 38.3 degrees Celsius. The second study was conducted by the practice of meditation in Western countries using the technique of meditation tummo; it also means a special kind of meditation and breathing were able to increase their body temperature.
Practice tummo used in Tibet in the harsh winter conditions for a better transfer of the cold, as well as one of the practices for the management of energy and mind to attain enlightenment.

The results of these studies demonstrate a strong relationship with the neuroplasticity of the brain emotional, intellectual sphere and way of life. Just formed the conclusion that the morphological structure of the brain, various hormonal and biochemical processes can be predicted impact, doing meditation practice and change your motivation and lifestyle.

« Vertebrology
The difference between osteopathy and massage »